You had me at 'polar bears' 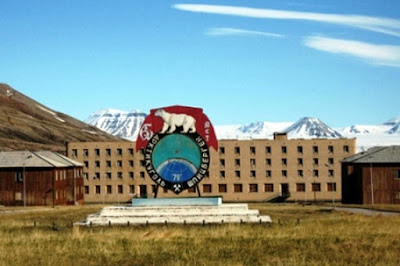 This image in a Salon slideshow of abandoned towns and buildings made my brain dart straight to Michael Stevenson. 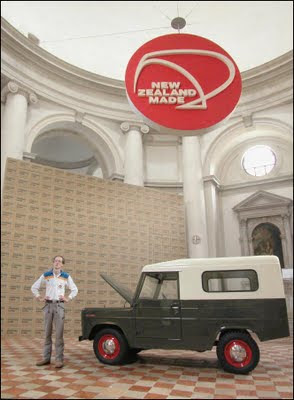 The caption sealed the deal:

At 79 degrees north, Pyramiden was once an ideal Soviet community of 1,000 settlers: self-reliant, with free food and 50,000 books in the library. In 1998, mining was no longer sustainable and the settlers were given a few hours to pack. Melancholic remnants of their hasty departure are everywhere: dried-up plants on windowsills, Tolstoy on dusty shelves. We carry guns; a necessary precaution as Pyramiden now belongs to polar bears and cackling seagulls, nesting in windows and on rusted playground swings.

I have my fingers firmly crossed for a Michael Stevenson Soviet utopia with bonus polar bears. 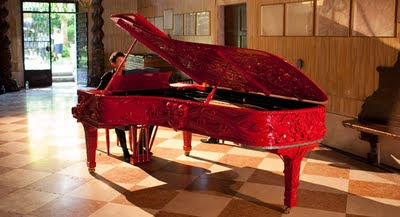 Then again, perhaps we have a Michael Parekowhai on our hands? According to Wikipedia:

Thought you might find this interesting - an abandoned entertainment park “Gulliver’s Kingdom" in Japan.