I found it in the archives

I missed this story last year - the US National Archives ran 'I found it in the Archives', a contest where people entered their favourite items found at the Archives between June and September, and then winners were chosen by public vote. 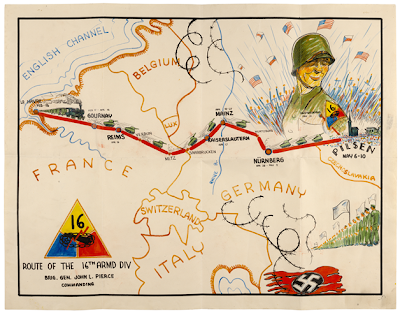 The winner was this World War Two hand-drawn map, entered by John Lawlor. The objects were interesting, but it was people's (often lengthy) stories about how they found the item and why it was meaningful that really strike a chord.

I like this idea. When I was working at the National Library, it was often the stories from the people doing their own research into collections that drew me in more than the curators' stories.  Researchers find the damnedest things. I like the idea of capturing and sharing these stories, and I'd be even happier if there was a physical manifestation of this project - not a book or an exhibition, but something low-fi; a wall where people pinned up colour printouts and a handwritten note would be just fine by me.


Posted by Courtney Johnston at 07:30