On Wednesday on the radio (after the usual stint of helpless giggling, which I must really learn to suppress) I talked about Digital New Zealand sets, Hannah and Aaron Beehre's 'Waters Above Waters Below, Anne Shelton's 'In a Forest' and Ben Buchanan's 'Forever'.


Links and a gallery of images are available on the RadioNZ website. 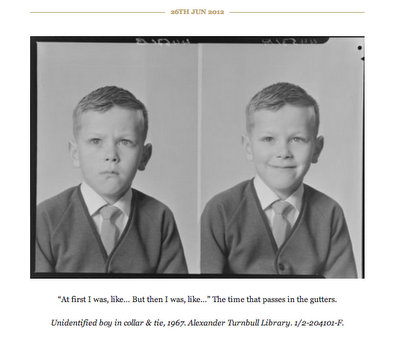 This week I also started a new little side project, the DigitalNZ Fan Club, a site to present a daily highlight from the publicly available DigitalNZ sets (you can also make your sets private, if you want to collect items together off the record). I found that a small group of enthusiasts were filling Twitter with links and comments, but were unable to easily share and find sets other people's sets (this functionality is coming, but I am impatient by nature.) 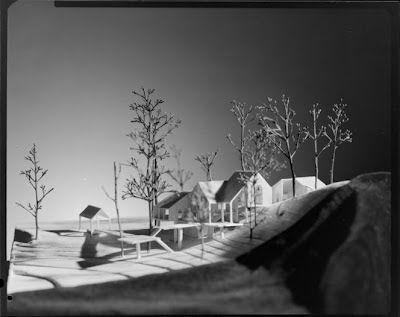 My current favourite of my own sets is 'Architectural Models'. There is something so hopeful about these maquettes. Everyone is full of optimism at this point. Everything is so clean and straightforward. On another level, I am so taken by the lighting in some of these photos, particularly the small series of Forest Service buildings in a fairytale-like setting. I have started writing a piece of another side project, Auch on Water, about these.

Speaking of which, I published a new item over on Auch on Water - 'Roses of all sorts'. It is a fancy that hit me one morning walking around the harbour, a wish for commuters, a sketch for a happening, a little musing of the kind that I don't usually write up. It was something that was nice to make and share.
Posted by Courtney Johnston at 06:27 No comments:

Roses of all sorts

But those herbs which perfume the air most delightfully, not passed by all the rest, but, being trodden upon and crushed, are three; that is, burnet, wild-thyme and watermints. Therefore, you are to set whole alleys of them to have the pleasure when you walk or tread.

Every so often I have an idea for a piece of conceptual art. I am not a conceptual artist. But it is easy to imagine that one could be – it is simply the leap from notion to implementation (by way of funding, logistics and commitment) that is absent.

But perhaps a declaration is sufficient to lay claim to the idea. If I were to make conceptual art, this would be my first piece. I would call it …

A wish for the city that you helped make come true

It is just before dawn on a perfect autumn morning. Sleepy commuters disembark at Wellington train station. They find the platforms and the building’s floors covered in a blanket of strewing herbs.

Each person has no choice but to be part of the work. As they walk out into the world, waves of mint and rosemary and lavender and pennyroyal rise into the air. The scent rolls out into the city, up to Parliament, towards the harbour, turning the air sweet and clean and astringent.

A wish for the city that you helped make come true lasts only until the sun has fully risen. At this moment, the herbs are swept away. The scent lingers in the air to puzzle the next wave of commuters, who arrive too late to be part of the mystery.

Because it interests me …

In a 1557 instructional poem, Thomas Tusser listed 21 plants that could be used as strewing herbs:

And because this interests me too …

Now obsolete, the role of the Herb Strewer in the English court was to ensure unpleasant smells were masked in the royal apartments and stables through the strewing of herbs and flowers. The earliest recorded Herb Strewer was Bridget (or Brigit) Rumsey, who was appointed into the role by Charles II upon his restoration to the Crown in 1660. Rumsey received an annual salary of £24 for her services as ‘garnisher and trimmer of the chapel, presence and privy lodgings’, and two yards of superfine scarlet cloth. The last Herb Strewer was Mary Rayner, who served in the under George III and two of his sons from 1798 to 1836.
Posted by Courtney Johnston at 09:43 No comments:


So, I've been doing a fortnightly art spot on Nine to Noon for over two years now. And I've always been super shy, for some reason, about talking about this here on my (rather neglected, about to get healthier) blog and on Twitter (where, you know, I basically live.)

I've decided it's time to stop being shy  and start telling people what I'll be talking about each fortnight and sharing the links in advance (you can also find them, along with galleries of images, on the Nine to Noon page on the Radio New Zealand website.)


This week, solo exhibitions in Christchurch and Wellington by Ann Shelton, Ben Buchanan, and Hannah and Aaron Beehre, and a new way to discover and share our culture and heritage through the Digital New Zealand website. 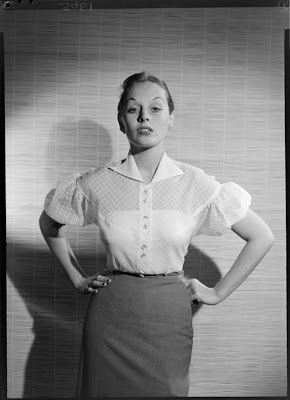 A new way to collect and share items from the amazingly rich collections amassed by Digital New Zealand. Some sample sets: 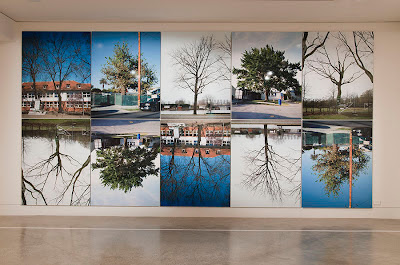 Anne Shelton’s In a Forest at The Dowse, Lower Hutt


A documentary project uncovering the history of the so-called 'Hitler Oaks' from the 1936 Berlin Olympic Games. 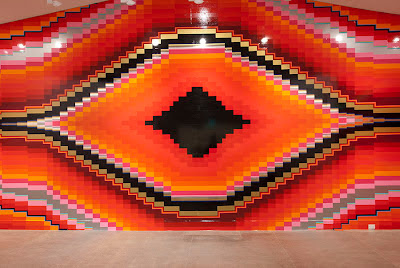 
An arrestingly joyful wall-drawing on a massive scale. 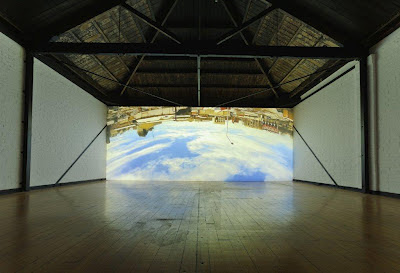 
The third in Christchurch Art Gallery's 'Rolling Maul' series, Hannah and Aaron Beehre have used a camera obscura to convey the upside-down strangeness of live in contemporary Christchurch.

Lara Strongman on ‘Waters Above Waters Below’

Andrew Paul Wood on ‘Waters Above Waters Below’
Posted by Courtney Johnston at 13:36 No comments: