This lengthy piece on Artnet by Christian Viveros-Fauné eviscerating MOMA curator Klaus Biesenbach, his current critically-panned exhibition on musician Björk, and his "dangerous obsession with pop stars, as well as a growing compulsion to share in their limelight" is one of the most gobsmacking pieces I've ever read on the visual art world.

It's also a slightly worrying indication that soon reporting isn't just going to be based on embedding random tweets, but plundering people's Instagram accounts ...
Posted by Courtney Johnston at 11:55 No comments: 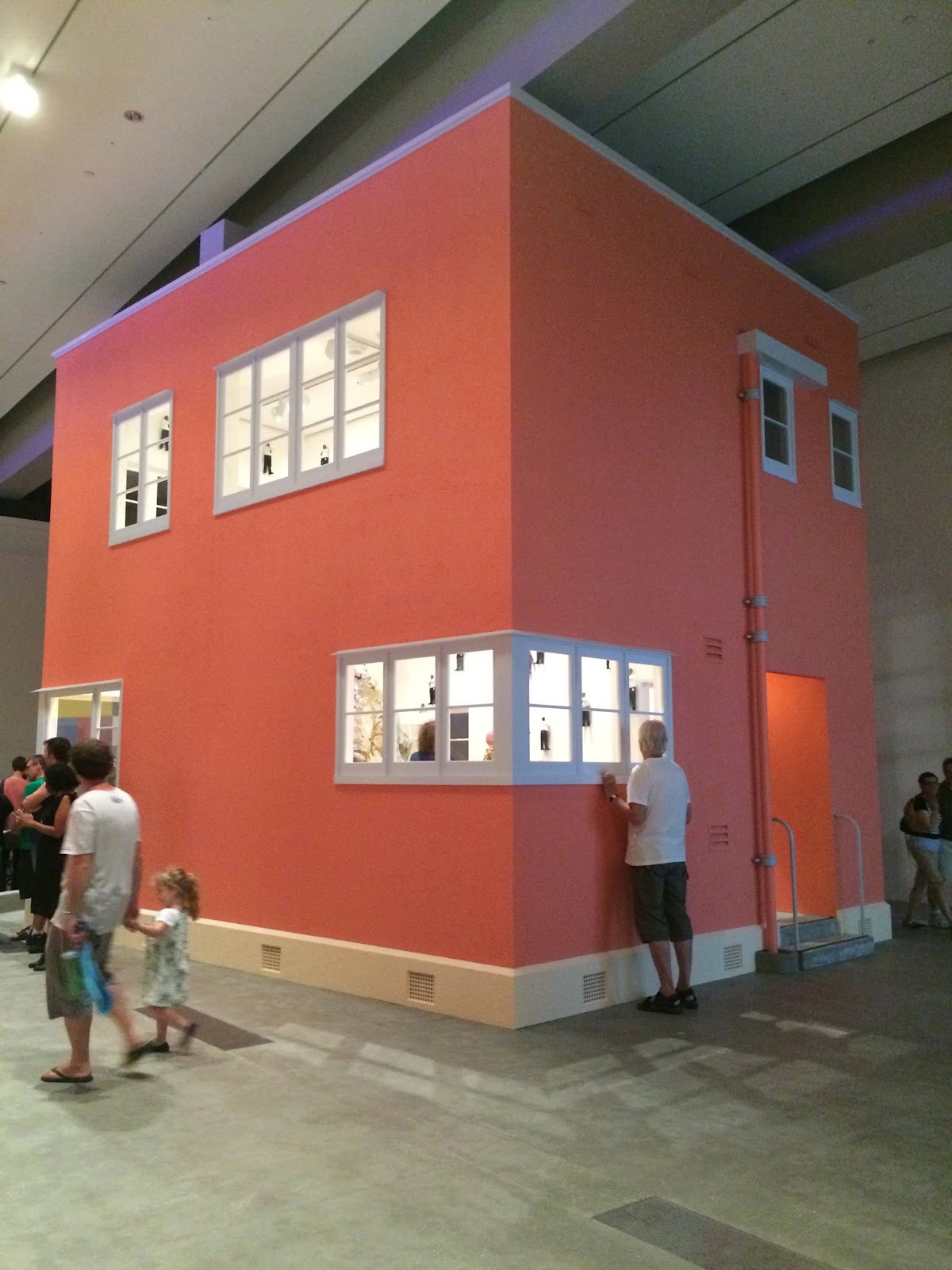 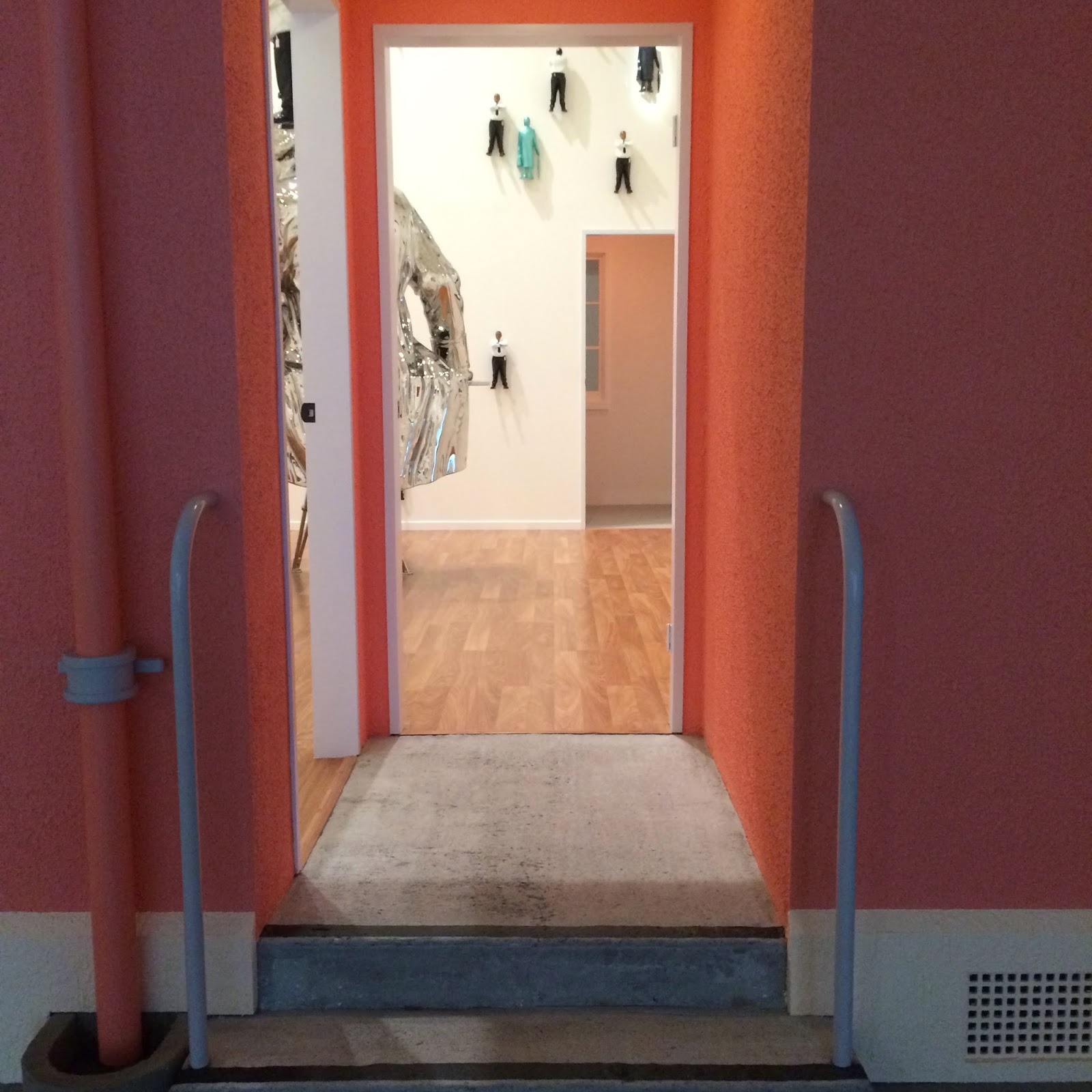 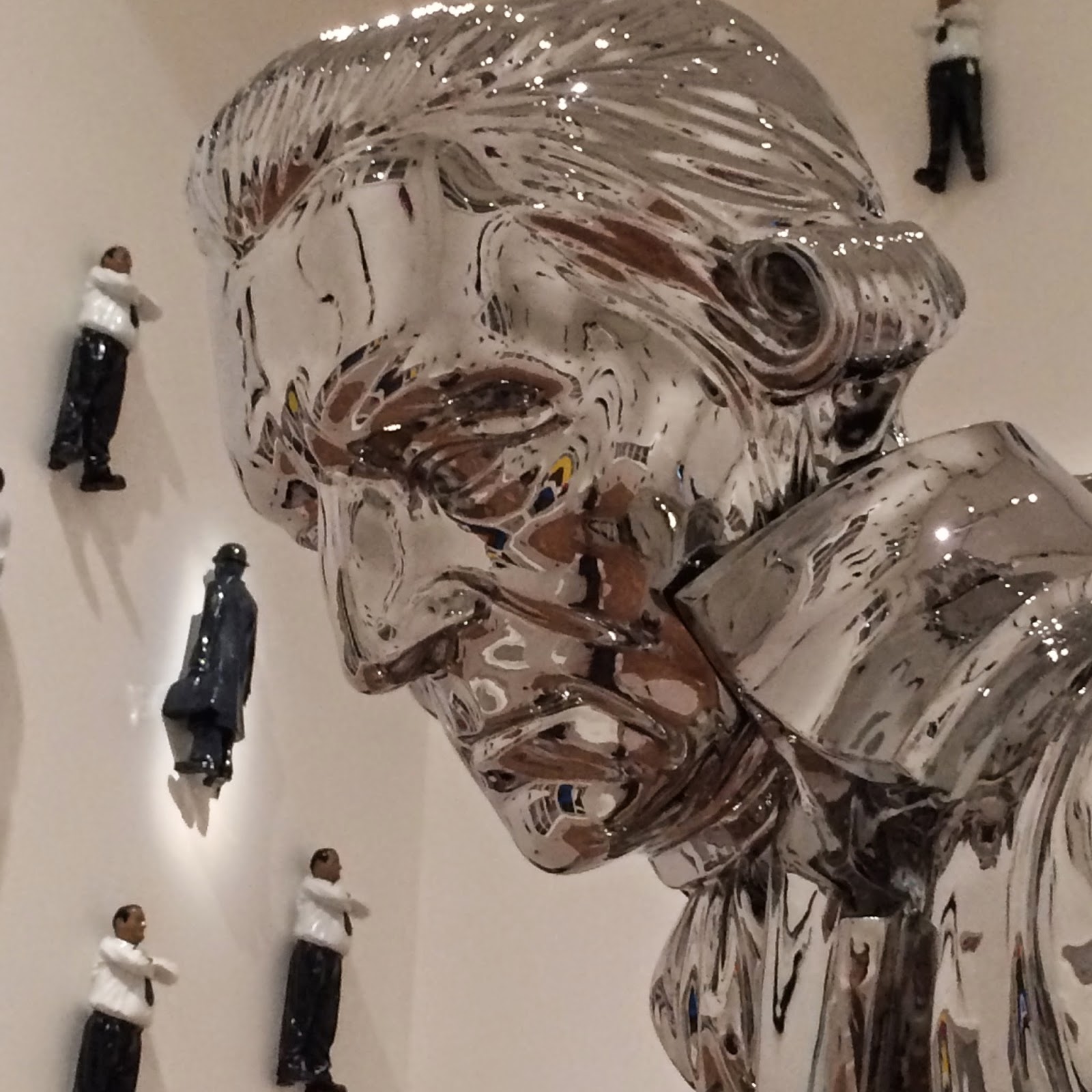 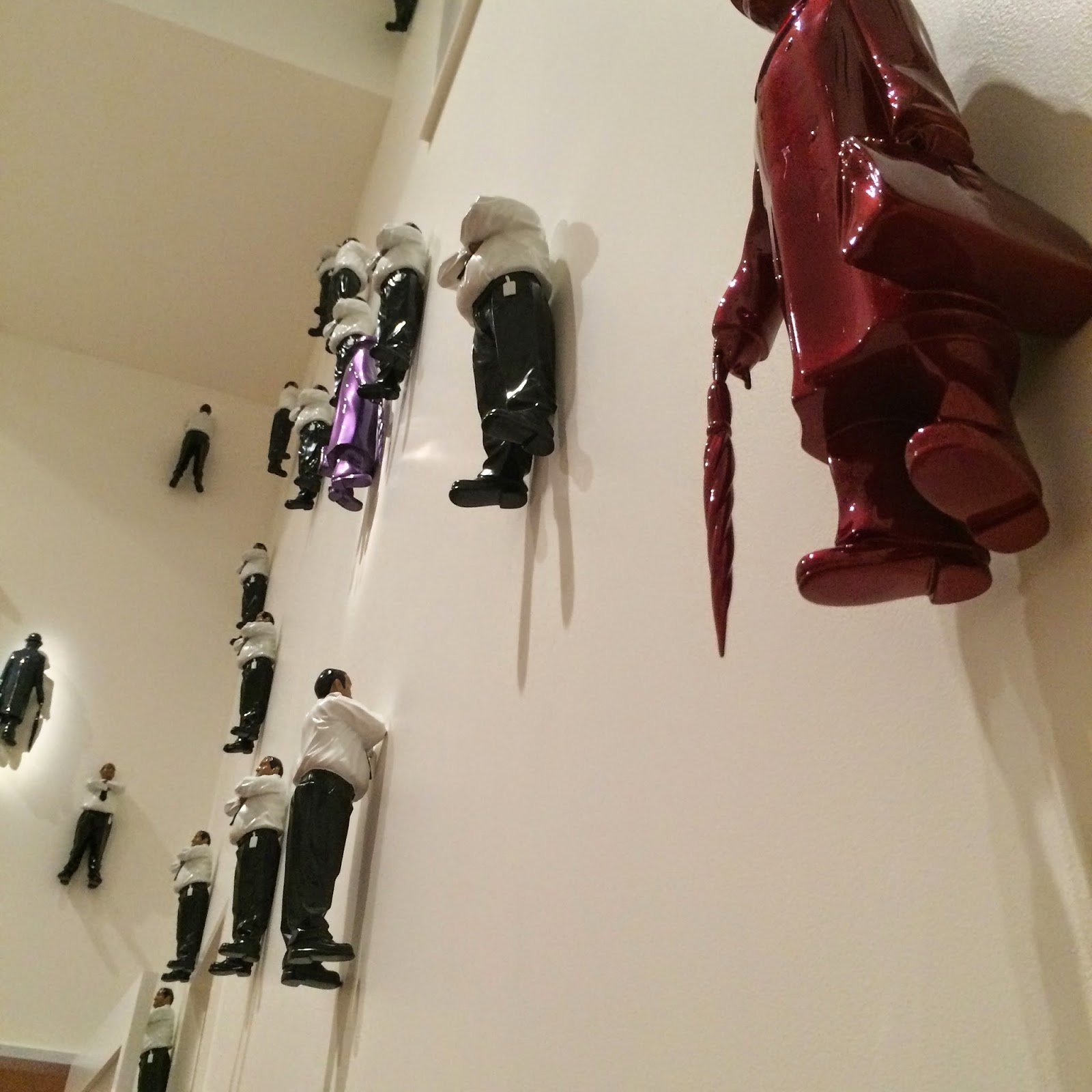 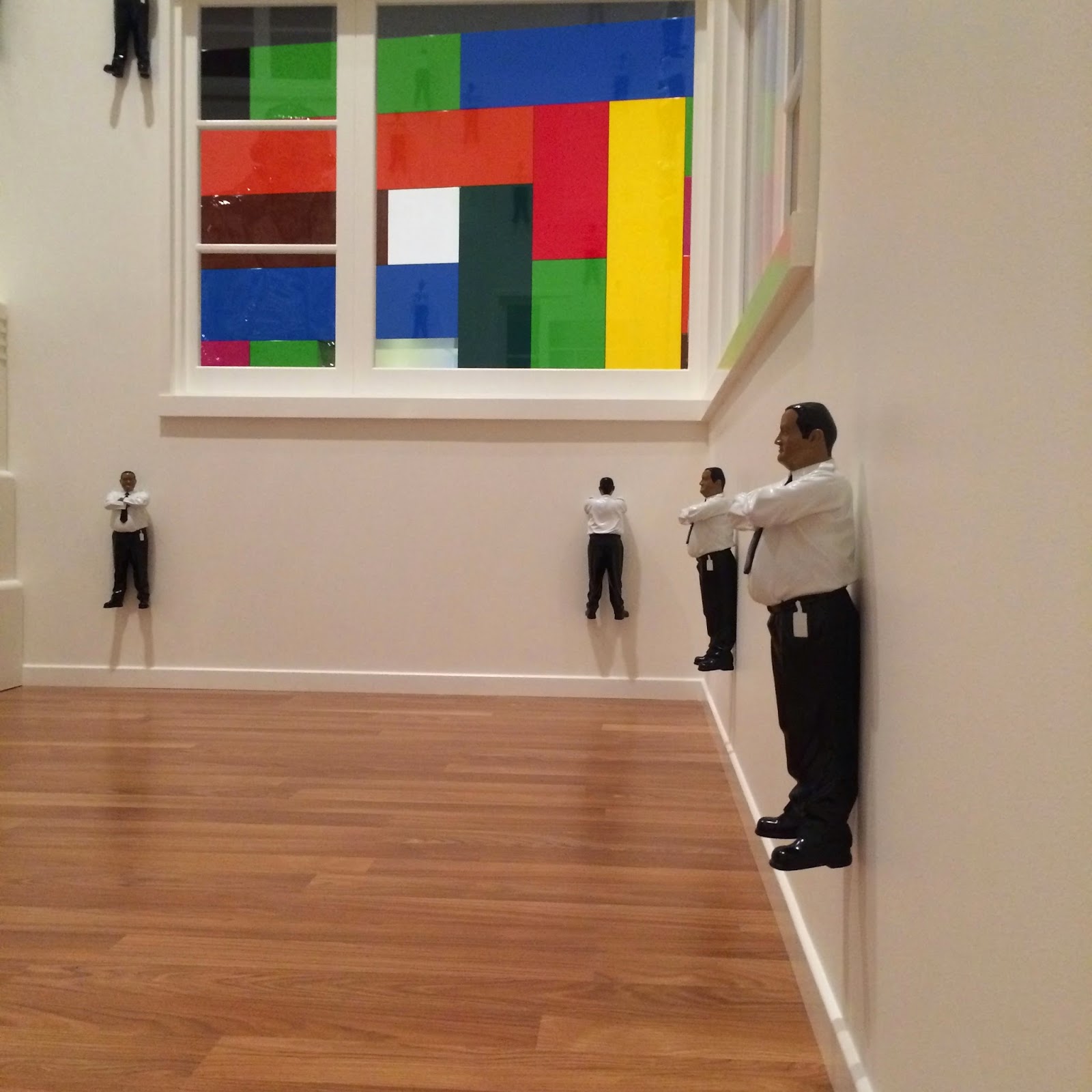 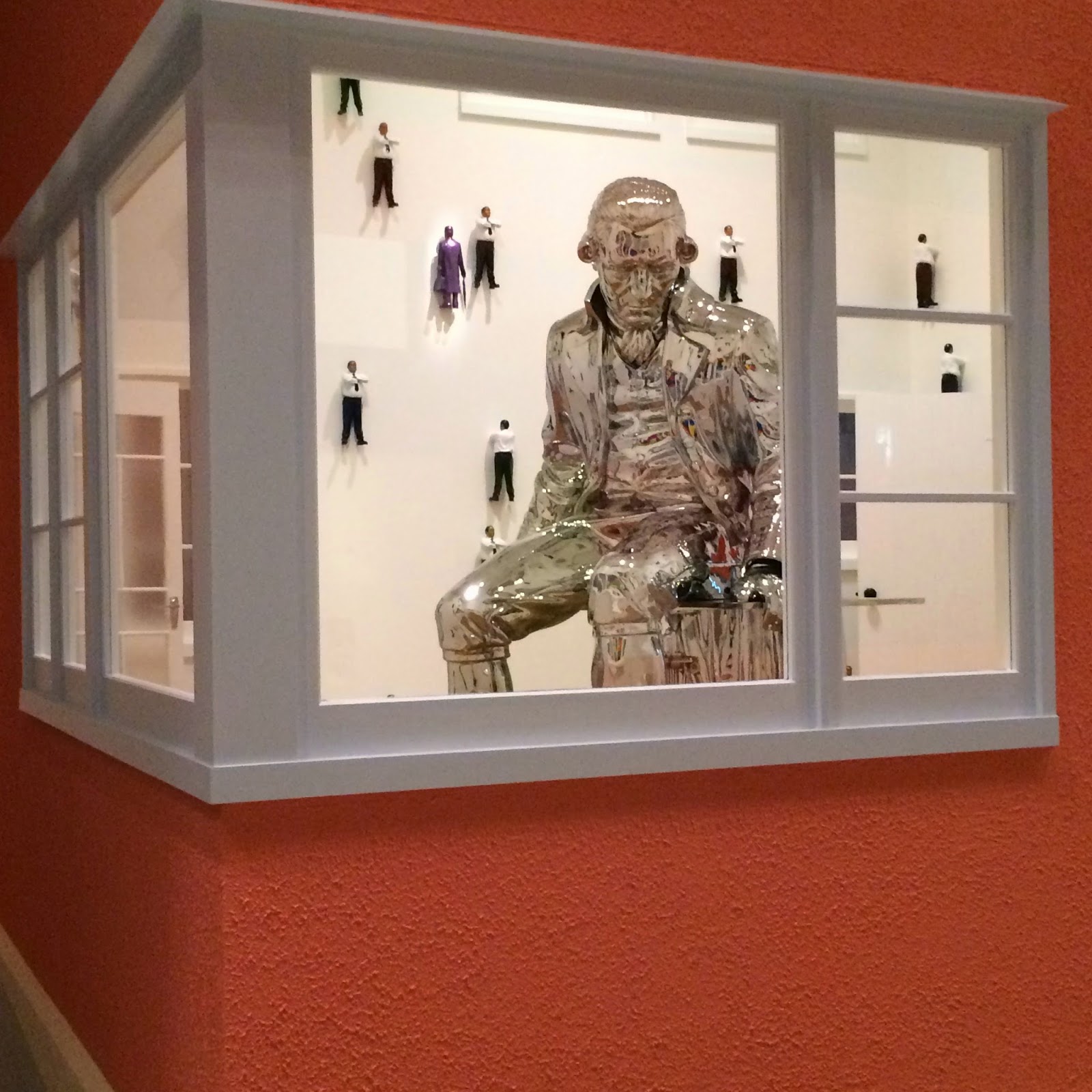 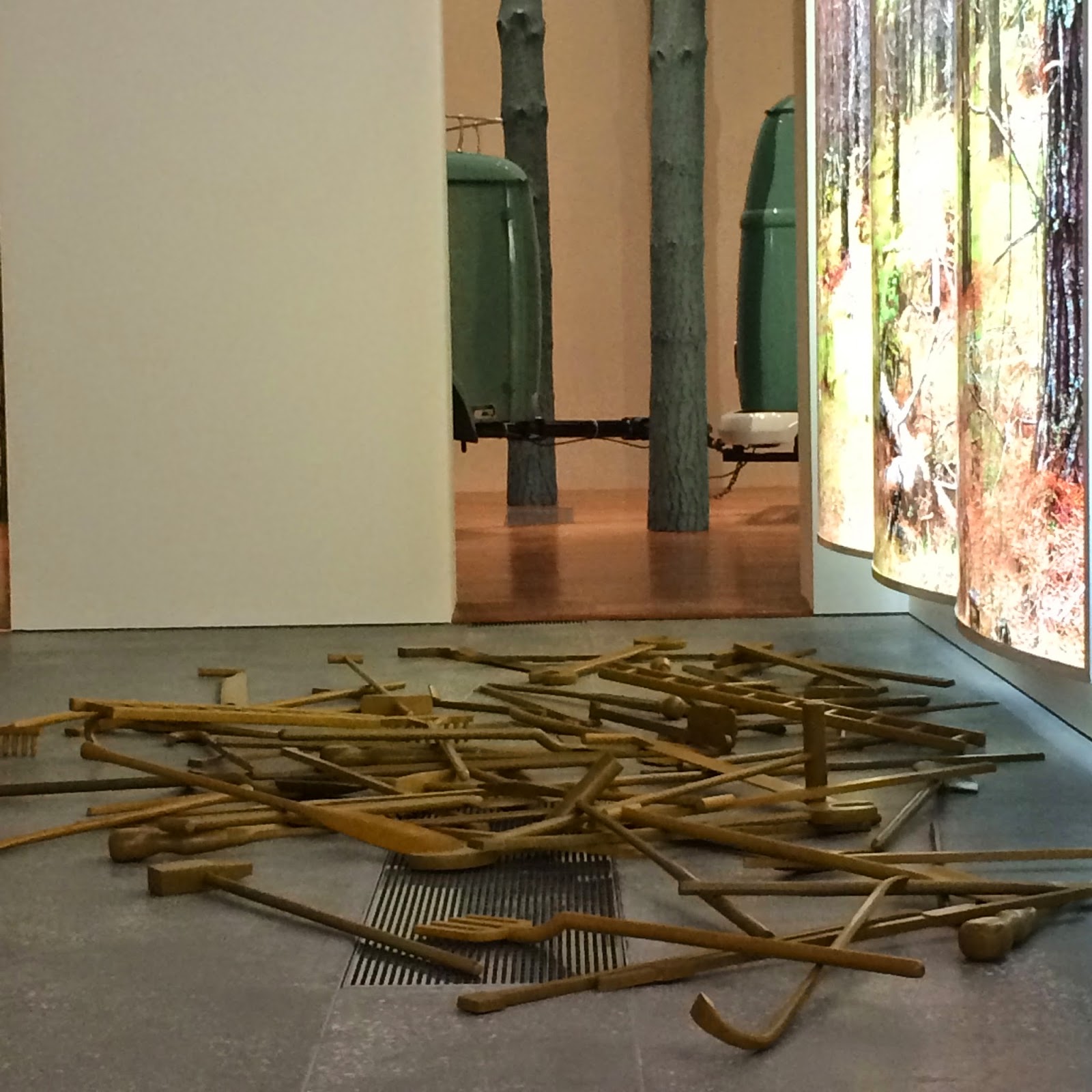 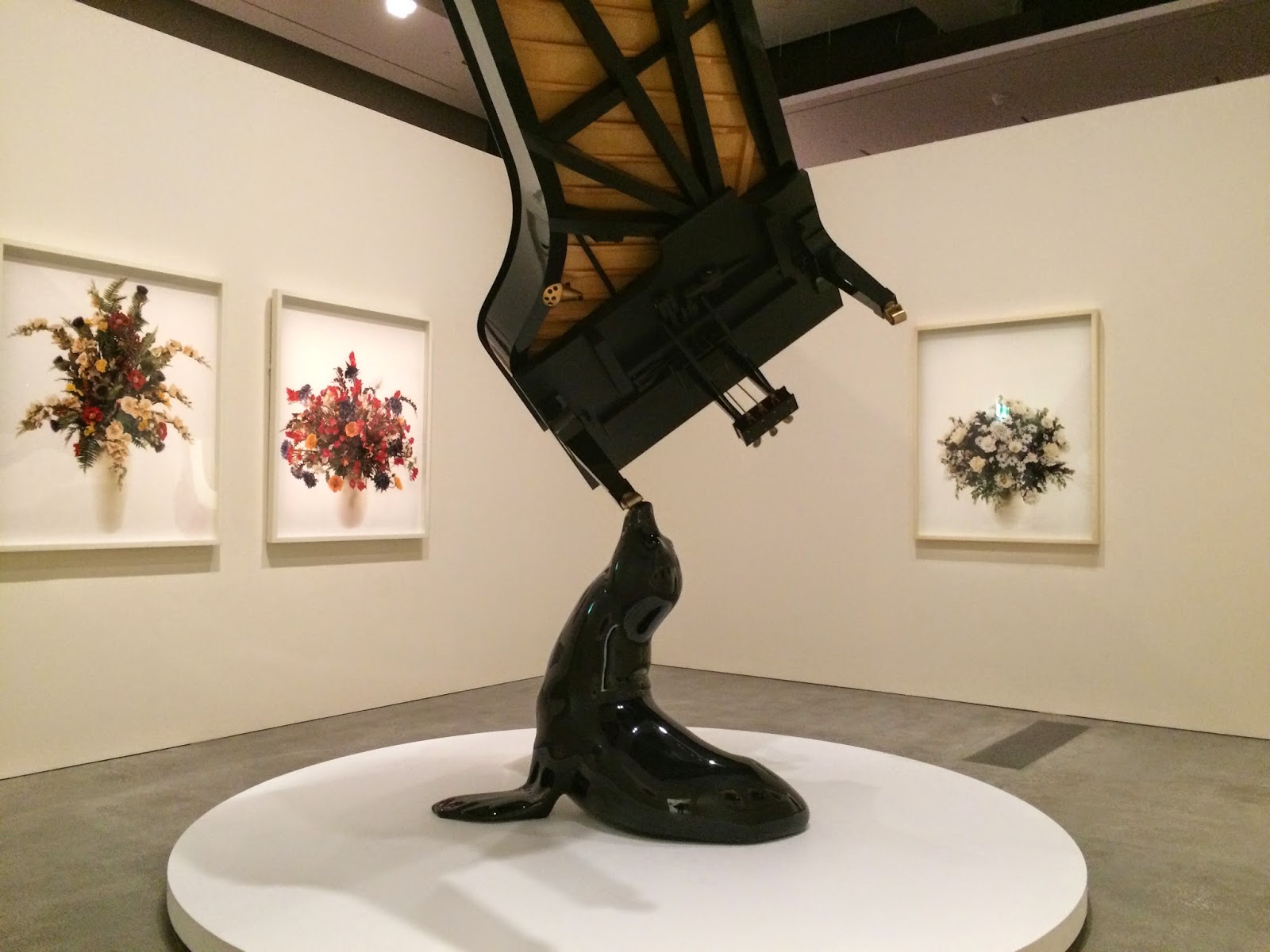 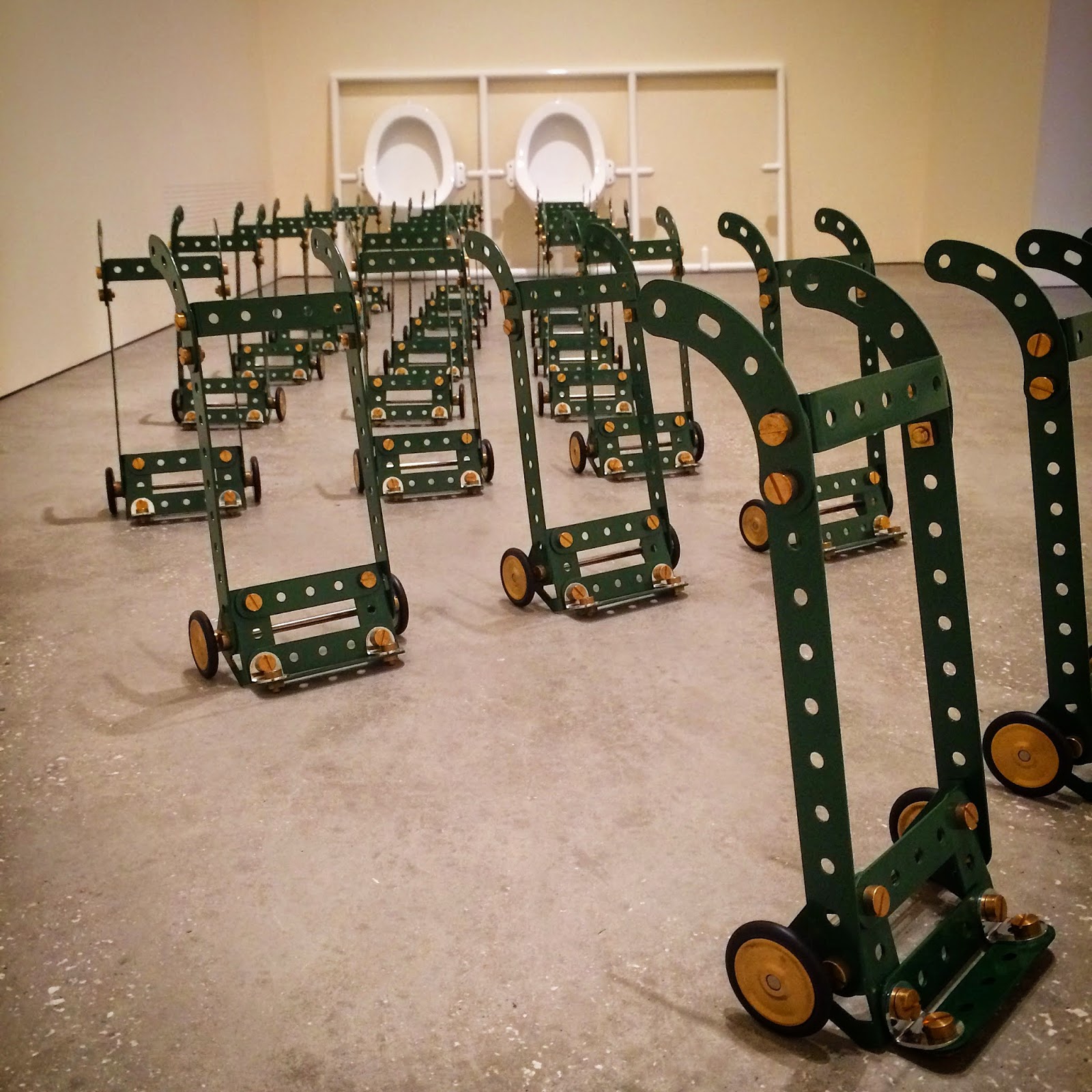 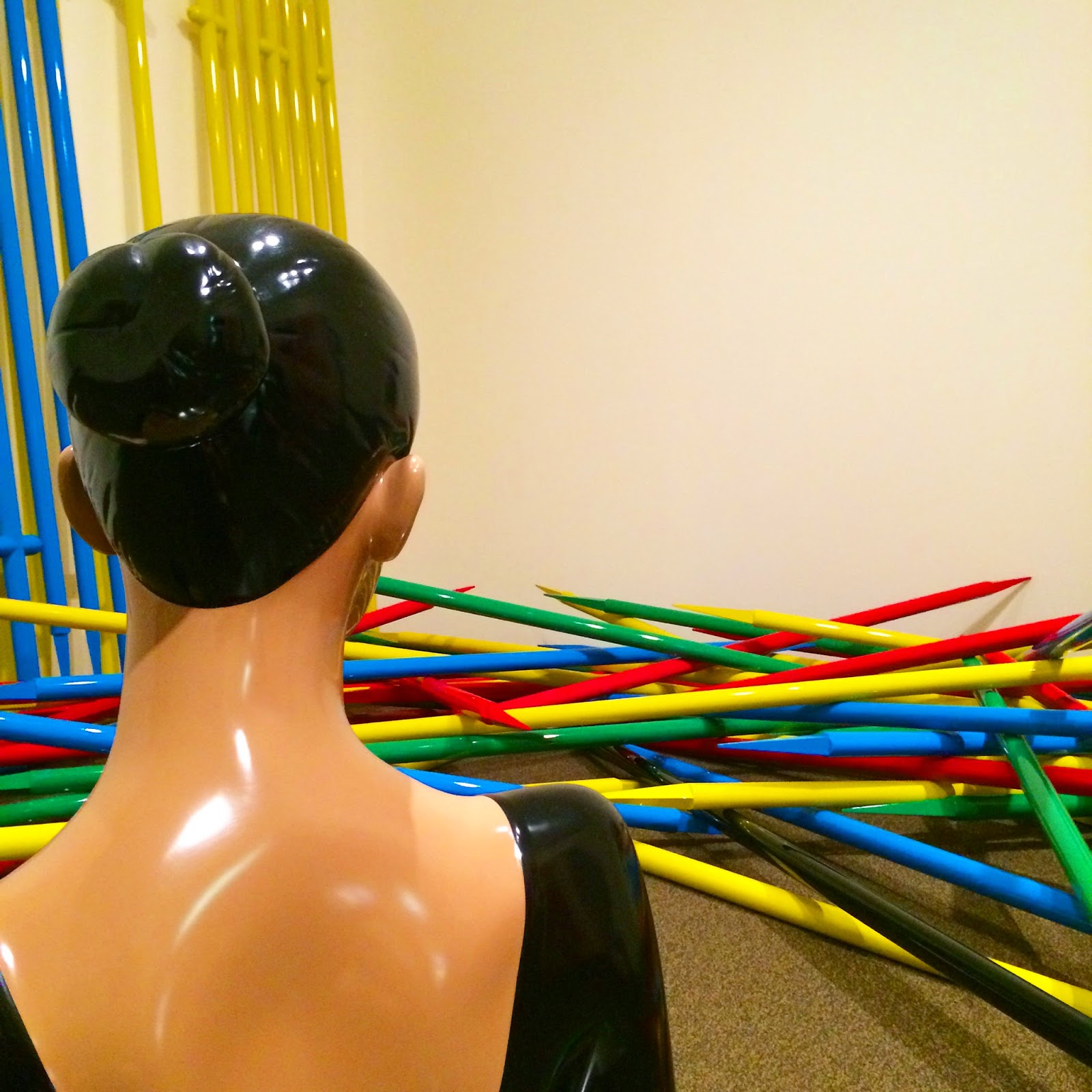 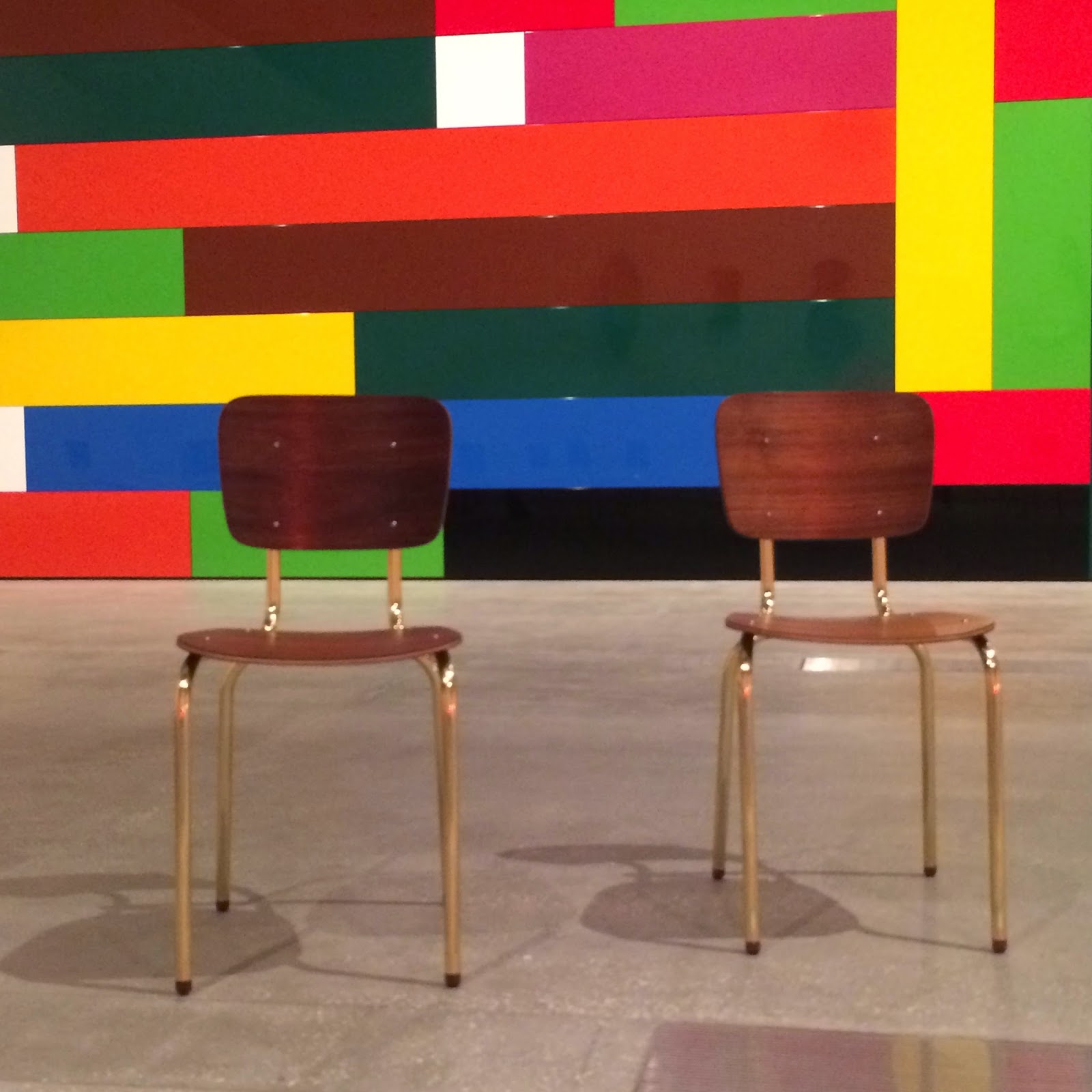 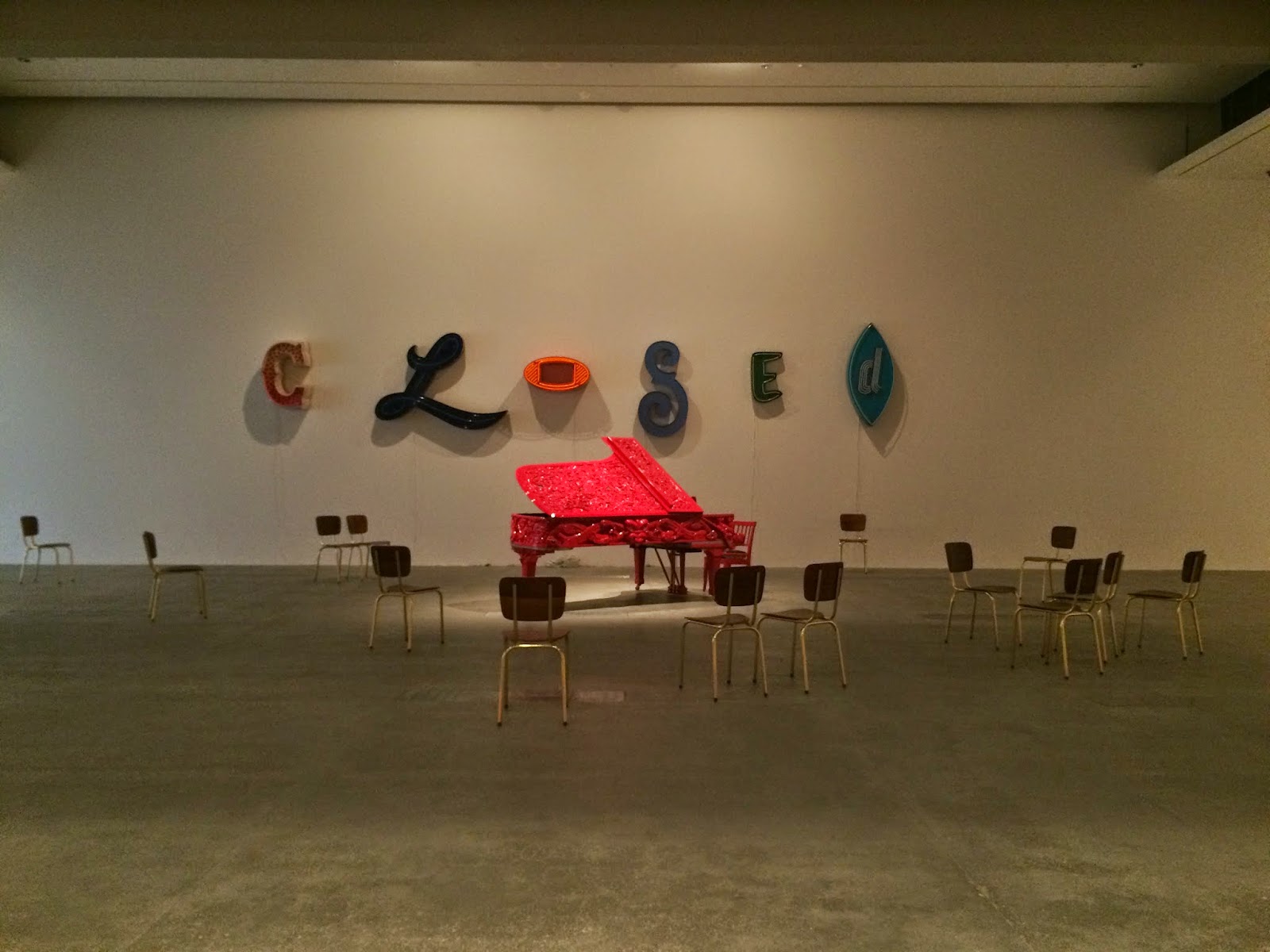 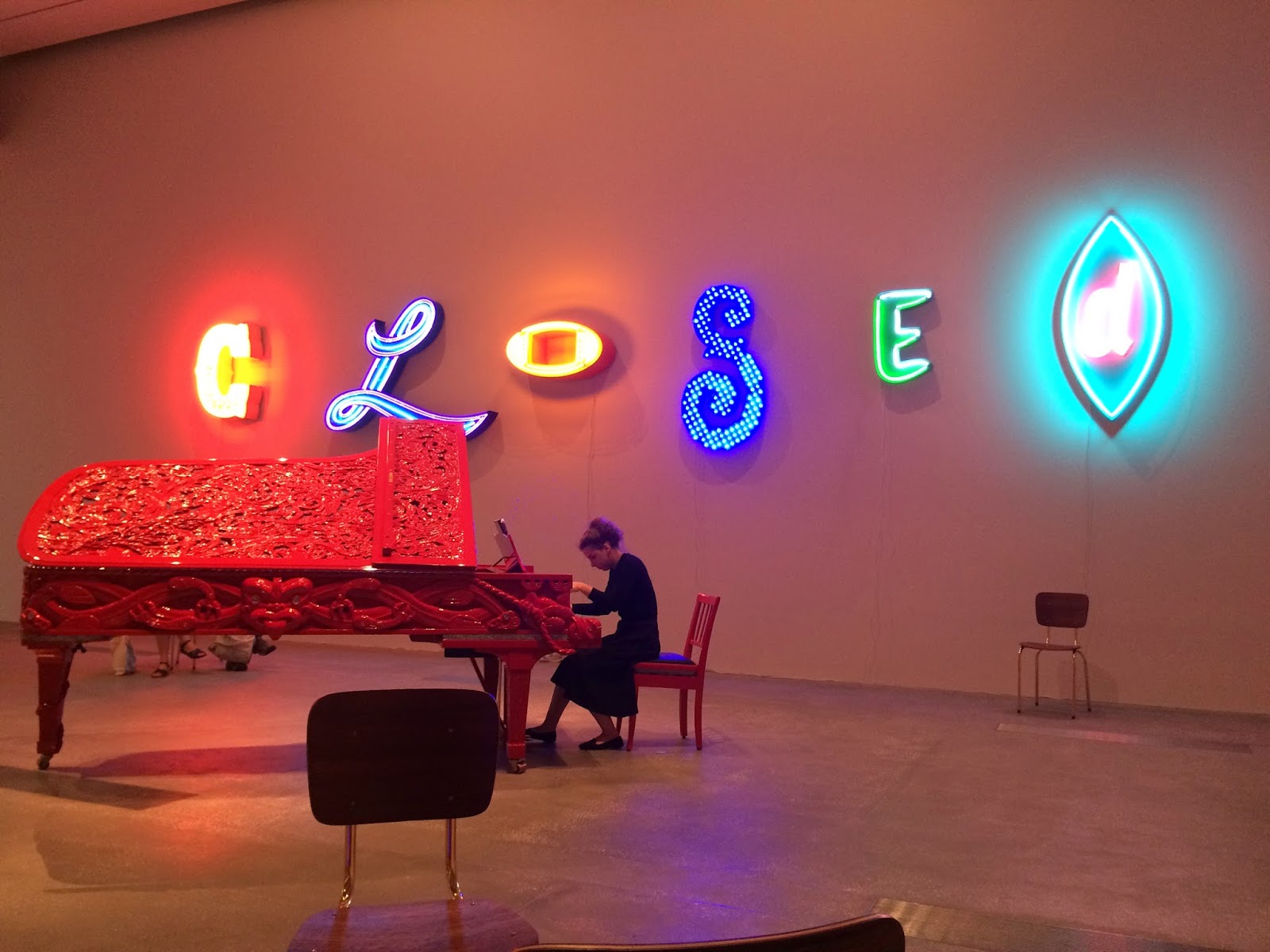 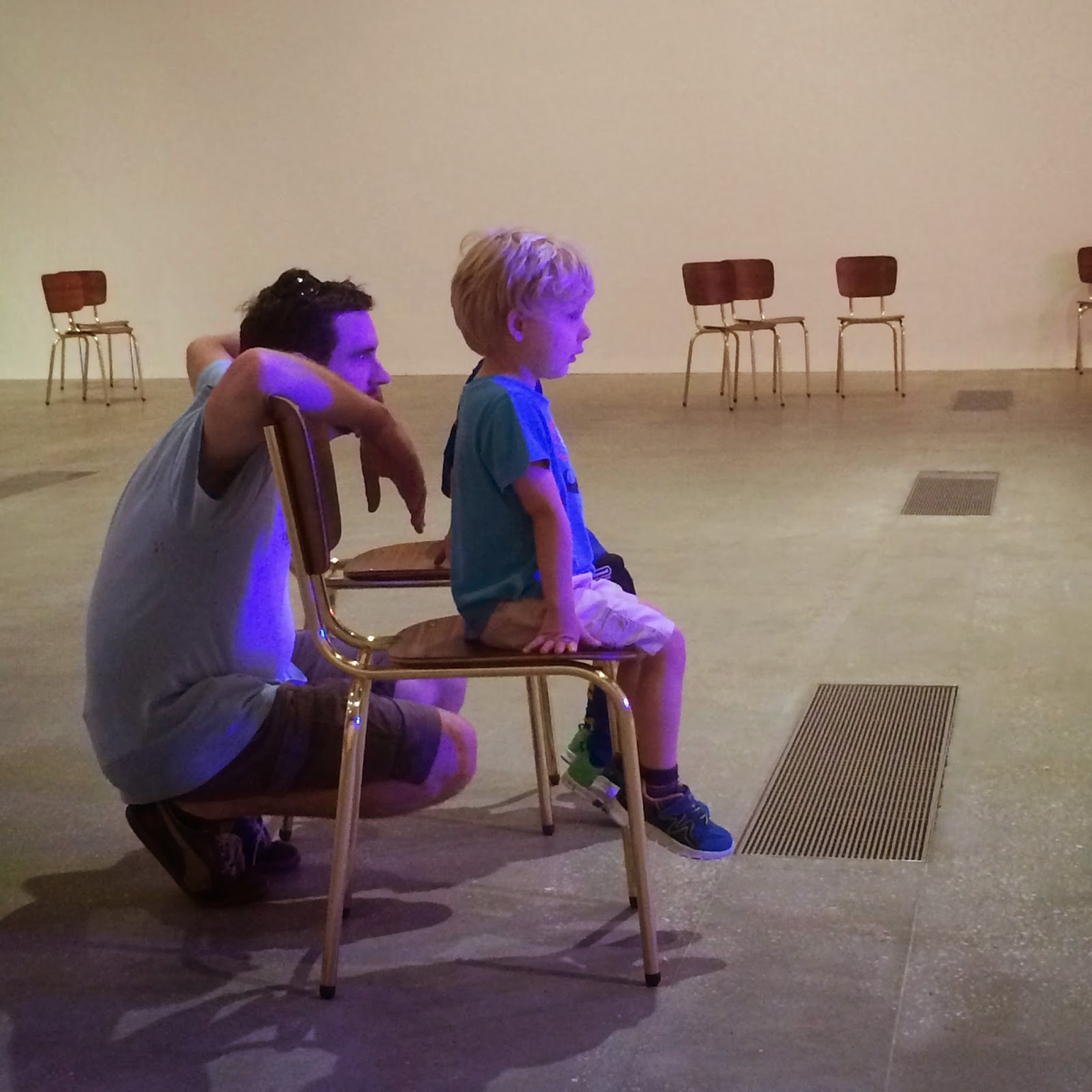 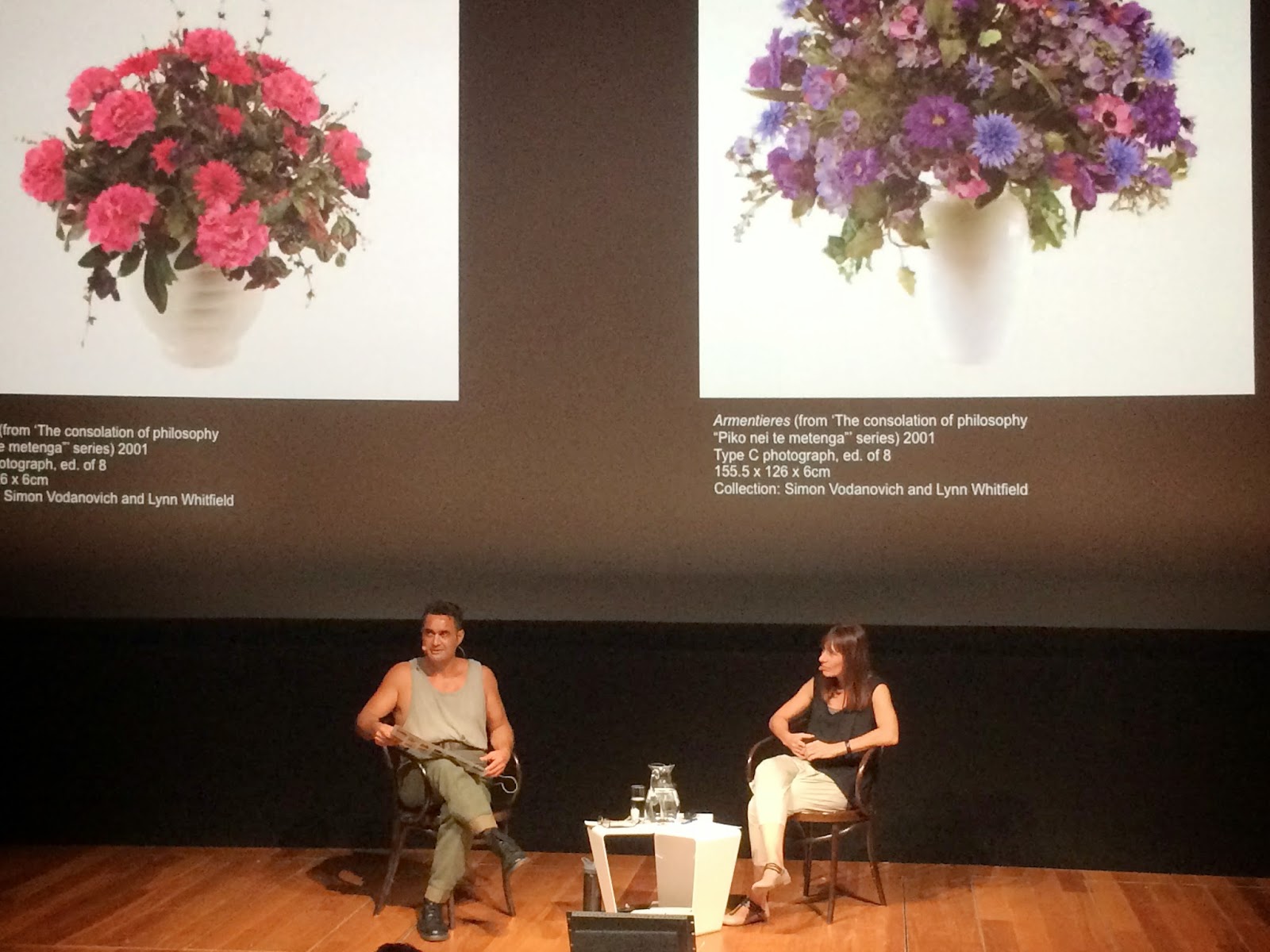 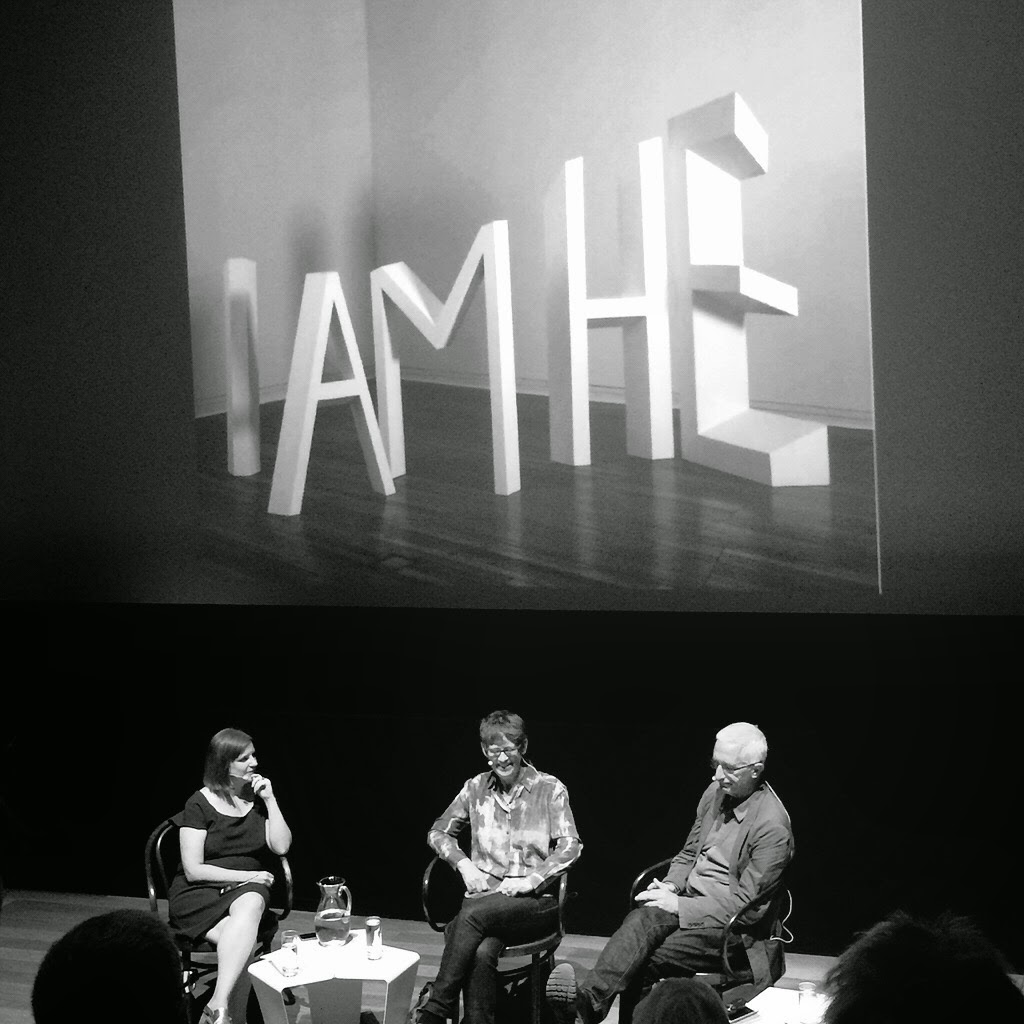 Posted by Courtney Johnston at 21:50 No comments:

On the radio today I talked about museum/visual art podcasting, the move to have the land around Michael Heizer's massive work City declared a monument to preserve it from development, and briefly about Tungaru: The Kiribati Project by Chris Charteris and Jeff Fox at Pataka.

Posted by Courtney Johnston at 13:43 No comments:

One of the topics I've returned to frequently over the past nearly five years I've been doing my Nine to Noon slot is visitor photography in art galleries. Over that time it's gone from no-no to near normal.

Over the last few months I've spotted an ample handful of articles discussing the great selfie-stick ban of 2015. Most museums and galleries ban tripods and other camera equipment that's bulky and has potential to accidentally damage work or obstruct other visitors, and selfie-sticks are the same. I've avoided talking about this 'new development' in the camera wars because it feels like a beat-up.

Now Koven J. Smith has done a great job of articulating that feeling in this blog post for the Blanton Museum:

But “museums liberalizing photography policies” isn’t a great story for the media, because that story doesn’t make conspicuous use of the popular search term “selfie.”

I seriously doubt that any of the reporters covering The Ban truly think this is big news. But they (and their editors) do know that any article with the word “selfie” in the title is likely to have waaaaay more page views than an article that doesn’t. And page views and clicks are what matter—the actual story being told is largely irrelevant. It didn’t matter if the real story was “museums are finally allowing photography,” because the hook that would get users to click the link was the word “selfie,” and that’s the quote-unquote angle most of the media went with.

Posted by Courtney Johnston at 07:47 No comments:

On the radio today I'll be talking about the Trends Watch report (futurists predict six important trends for museums in the coming years) and, if we have time, visual arts podcasts.

UPDATE: We ran out of time for podcasting, so enjoy the links below, and I'll cover it next time round.

A History of the World in 100 objects

Art Critics Love Us On Yelp - On the Media
Posted by Courtney Johnston at 09:42 No comments:

I've been to the moon 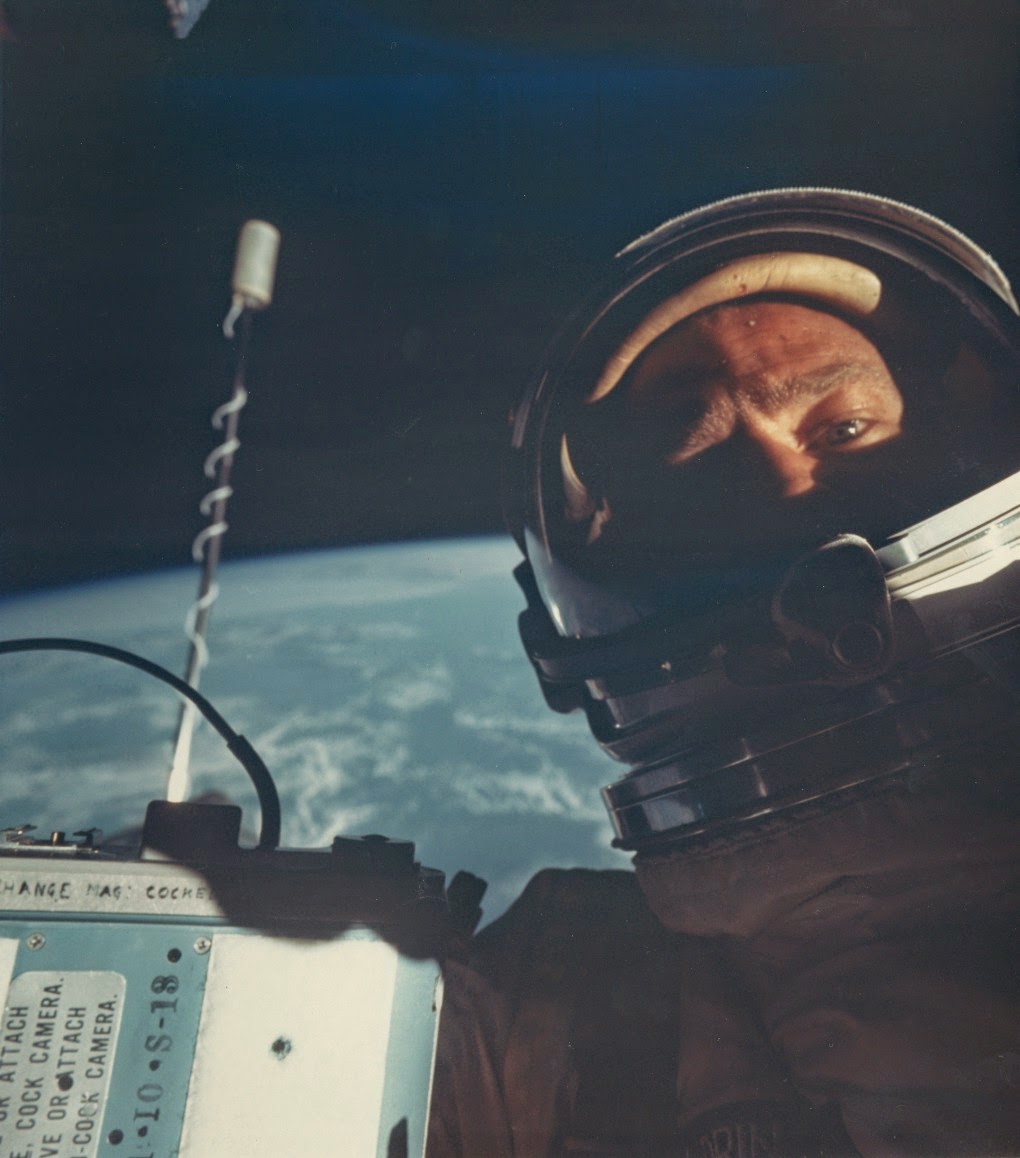 I've been wondering for a while now whether the massive uptake of digital photography and photo sharing (Flickr, Facebook, Twitter, Instagram ...) has/will increase people's interest in and enjoyment of what I will call, for the lack of a better word, "art photography" - the kind of photos we see in galleries, the pieces (Peter Peryer at The Dowse last year, Anne Noble at Bartley + Company just recently) that to me are still differentiated from the motivation and execution of the (often very skilled) everyday photographer.

My gut feeling is - no, not yet. Maybe 'no', full stop. And this article on the sale of a chunk of vintage NASA photographs tickles up that feeling:


At a time when the International Space Station has an Instagram feed, it’s easy to forget the profundity of these pictures and their vistas, and tempting to dilute their impact by re-contextualizing what they represent in today’s terms (see: Buzz Aldrin’s “first space selfie” of 1966 above).

Posted by Courtney Johnston at 08:14 No comments: