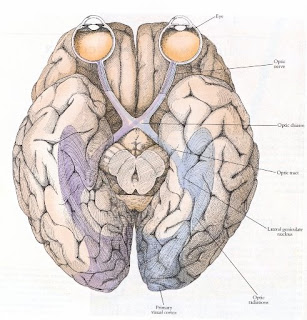 I've been idly tracking reviews of the Whitney Biennial, which have been mixed (nothing new there). This sentence in Jerry Saltz's review caught my attention though:

Like many young curators, Huldisch and Momin are more cerebral than they are visual, and this show feels very, very controlled.

Later on Saltz describes the show as 'academic' and a sidebar draws attention to the two curators' 'sparkling academic CVs'. My take on the review is that Saltz feels the curators made their choices based less on visual impact, more on the concepts the artists are working with.

What interests me is that Saltz sees this is a young curator thing: like it's either (a) something they'll grow out of (b) something they'll learn their way out of, or (c) a trend. If I were an evil lecturer in visual culture, this is definitely a statement I'd make my students parse.


NB Vision is cool. And it is, of course, a cerebral process. Dredging up some 3rd year neuroscience, light enters the eye, bounces around a bit, and is broken down by receptors on the retina at the back of the eyball.

This information is passed along each eye's respective optic nerve; information from the two eyes meets at the optic chiasm, where it is mixed and divided into visual fields.

From the optic chiasm the information passes along the optic tracts, and about 90% enters the lateral geniculate nucleus in the thalamus (a small percentage is diverted to the midbrain, creating a really interesting phenomenon known as 'blindsight'). From the LGN the information is passed on to the primary visual cortex, which is right at the back of your brain, where the visual image is built back up again.
Posted by Courtney Johnston at 12:58