Death amid the pohutakawa trees 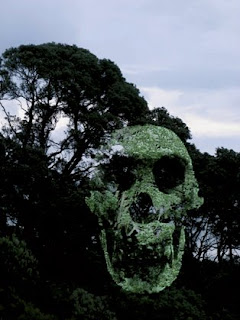 A sample fun weekend activity at the Farm: sit inside the caged ball at the top of the world's largest Tesla coil while several million volts of electricity spin around you before they burst into 40-foot-long lightning bolts. "It'll knock your socks off," Gibbs told me a month later, his voice resonating like a pistol shot over the phone. "We've all been inside the damn thing: It's scary as hell."

via C-monster.net, via Supertouch.
Posted by Courtney Johnston at 09:24