Art could be present in all our productions as long as we work honestly, with integrity and passion.
Kobi Bosshard, Kobi Bosshard: Goldsmith

Over the weekend, I was lucky enough to be in Auckland to see Kobi Bosshard's exhibition Kobi Bosshard: Objectspace Master of Craft (and hear him and Warwick Freeman in conversation) and to see Fiona Connor's Mount Gabriel, Ruby and Ash on its two sites - at Hopkinson Cundy Gallery, and in a paddock in Mangere.

You could hardly think of two more disparate artists; a traditionally trained goldsmith known for his modernist forms, a sculptor known for her conceptual installations, which often quote and remake architectural forms. But I was struck, thinking about the two shows and the two artists later on, by the similar clarity, almost purity of vision, they held, and the kindness I sensed in both of them. 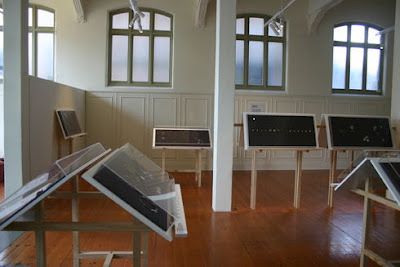 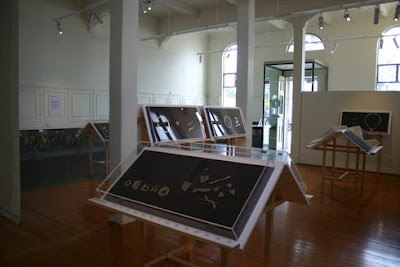 I have been making my way through Damian Skinner's new book Kobi Bosshard: Goldsmith since seeing the show. I have been struck by the way Bosshard thinks about his craft, its relationship to art, and his customers. Some quotes I have pulled out and sent to various people:

Damian Skinner:  This is really the grand statement of your theory of jewellery from the later part of your career. It sums up what I think of as the classic Kobi Bosshard notion of the jeweller as a craftsperson - serving the needs of the wearer/owner, and maintaining the integrity of the object through good design and skill. It is about responsibility to your craft. Jewellers, you say in [the catalogue to Same but Different, the second New Zealand Jewellery Biennial curated by Bosshard and held at the Dowse], should give up on trying 'to devise ever more ways to express ourselves and self consciously try to imbue our work with message or content'.

Bosshard: There's a responsibility on both sides. For us, we have the responsibility that I stated, and the buyer has the responsibility of trusting us. In my ring days, when I did a lot of rings, people would say, 'I would like a starburst ring'. And I'd say, 'Look, I've seen more rings than you have and I've made lots of rings. Just let me suggest what I think might be the right thing.' We have to not be servile to the customer; we have to be confident in what we can do and do the best we can for the customer. This is often not what the customer has come to ask for, but in the long run they will be proud of what they got. That's the confidence we have to have.

I am looking for the point at which the transformation from raw material to a piece of jewellery is complete. The point at which the material changes its name from where I call a band of silver a bracelet. I don't want to go beyond that point as from there any further finishing becomes decorative and detracts from the form.


Skinner: What is the most important aspect of what you have done?

Bosshard: Before Jens Hansen [another immigrant jeweller of Kobi's generation] died, he and I talked a lot about dying and all sorts of things, and Jens said, 'I want to be remembered for having been a decent human being.' I would say the same. I would like somebody who looks at the work to think, 'The work was made by somebody who cared, who was sensitive to things.' I think that's as good as you can get. I think we were sensitive to our time, the surroundings, and appeared honest with ourselves; that's probably the best we can ever achieve. When I look at a painter like Henri Matisse, he came back to a completely honest sort of innocence, and if the work shows that, I think we have succeeded.
Posted by Courtney Johnston at 07:00