Nancy Spector, chief curator of the Brooklyn Museum, and her somewhat terrifying timetable

The South Australian Museum appoints Glenn Iseger-Pilkington to their first curatorial role designated specifically to an indigenous person - which had to be externally funded.

It's hard to write a good the-internet-has-changed-photography story nowadays, but Jacob Mikanowski does a creditable job of tracking the themes of Instagram photos to moments and movements in Western art history.

Robert Irwin's beautiful design for his survey at the Hirschhorn (I also love the contrasting depictions of his Untitled (Acrylic Column) works in first that Co.design story, and second, this NYT review). 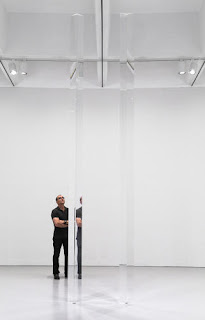 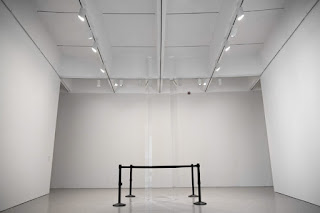 V for Volunteer – a dystopian reality - an anonymous interview conducted at a British museum where Council funding was cut and there are no longer any paid staff.

And long reads: Qatar’s oil boom created the world’s most extravagant art scene—and also led to its demise.
Posted by Courtney Johnston at 06:30