I think it's likely that soon RSS feeds will replace group emails and list-servs. Here's why. 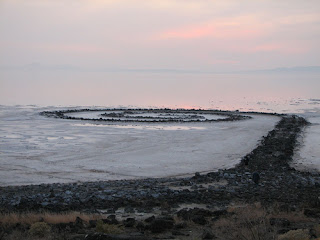 Yesterday (American-time) at 11.57am Tyler Green reported on an email he'd received from Nancy Holt, the widow of Robert Smithson:

Yesterday I received an urgent email from Lynn DeFreitas, Director of Friends of the Great Salt Lake, telling me of plans for drilling oil in the Salt Lake near Spiral Jetty. See Attachments. The deadline for protest is [today] Wednesday, at 5PM. Of course, DIA has been informed and are meeting about it today.

I have been told by Lynn that the oil wells will not be above the water, but that means some kind of industrial complex of pipes and pumps beneath the water and on the shore. The operation would require roads for oil tank trucks, cranes, pumps etc. which produce noise and will severely alter the wild, natural place.

If you want to send a letter of protest to save the beautiful, natural Utah environment around the Spiral Jetty from oil drilling, the emails or calls of protest go to Jonathan Jemming 801-537-9023 jjemming@utah.gov. Please refer to Application # 8853.

The ripple effect (sorry, not punny) is almost immediate: here's Bad at Sports Hank Blog Grammar Police Richard Lacayo The New Modernist the Walker Art Center and PORT- and that's only a selection.

"Ordinary" people beating the journalists to the story is nothing new, but I think this might be the first time I've seen this kind of rapid-fire community action over an art event. 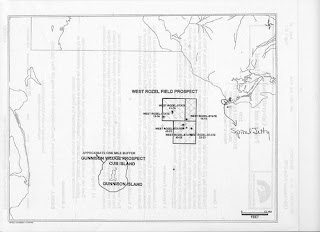 Images
Above- Spiral Jetty, photo by Wibbet 64
Below - Drilling proposal, posted by aur2899
Posted by Courtney Johnston at 12:54

Similarly, Michael Heizer's ongoing efforts in Nevada are about to become close neighbours with a nuclear waste dump and accompanying train lines:
http://www.nytimes.com/2005/02/06/magazine/06HEIZER.html?_r=1&pagewanted=1&oref=slogin