Can we have these in New Zealand, please? 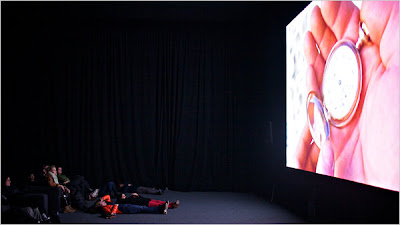 I heard about Christian Marclay's 24-hour film 'The Clock' via the Slate Culture Gabfest podcast. As described in the New York Times, Marclay

weaves together thousands of snippets from throughout the history of the movies (and, to a lesser extent, television), each clip marking the precise minute, or sometimes the second — with a glimpse of a clock or a watch or a snatch of time-related dialogue — in which the viewers are experiencing it in real time.

The film had people queuing for hours in the middle of the New York winter. The gallery where it was showing (Paula Cooper Gallery) did a decent thing and didn't limit the time people could spend in the space: thousands of people visited. 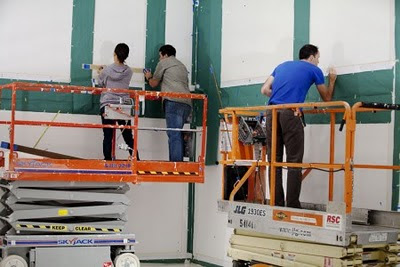 I would also love - really, really love - to have a Sol LeWitt wall drawing show in New Zealand. In many ways it seems like such an economically sound choice; no insurance, no couriers, no freighting, no expensive fitout. However, as this Walker Arts Center blog post makes clear, it would require days and days and days of painstaking work by experienced wall drawing executers. Still, it would be worth it. Those things sing and soar, beguile and bedazzle, intrigue and surprise you. I want.
Posted by Courtney Johnston at 09:00