The hardcore life (and copyright)

Three things this week have gotten me thinking about copyright, fair use and trademarks in the arts. 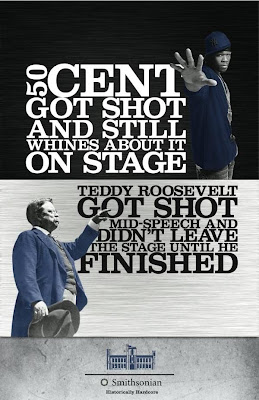 After the posters went viral this week, Jenny Burrows contacted the Smithsonian and, when they requested that the posters be taken down, removed all of their branding from them, replacing it with generic 'Museums - Historically Hardcore' strapline.

While I can understand the Smithsonian's position, it's still a somewhat joyless approach. Yes, brands have to be protected, and when you're an institution that's often under close political and public scrutiny, your reputation matters a lot. At the same time, a little humour and reciprocity could have gone a long way. I admire the grace with which Burrows and Kappler have handled this situation, which I very much doubt they anticipated when they started tossing ideas around.

Story on the Boston Innovation site

On the Behance Network

And coverage on the DCist 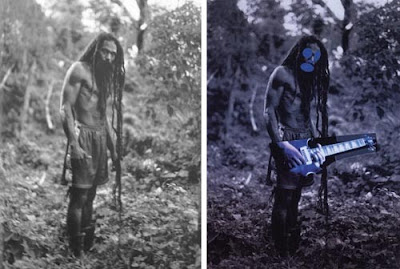 Meanwhile in Manhattan, a Federal judge has found in favour of photographer Patrick Cariou in his copyright lawsuit against artist Richard Prince. Prince took Cariou's photographs, which first appeared in Cariou’s 2000 publication, Yes, Rasta, and used them in his own “Canal Zone” series. While Prince argued fair use, the judge found that there was little, if any, transformative element in Princes works, and that they had been created primarily for commercial purposes.

The Art Newspaper has a good article that digs into the details of the ruling and blogger and art dealer Edward Winklemann has an interesting take on the finding. 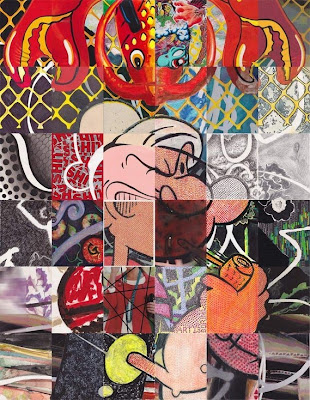 And finally, artist and copyright lawyer Alfred Steiner talks to The Millions about his work 'Substantially Similar' for the Drawing Centre's 'Day Job' exhibition, where artists were invited to submit pieces that showed how their day jobs influence their artistic practice. Taking Jeff Koons (another artist notorious for his appropriation work) as his starting point, Steiner suggests that "copyright antagonizes artistic freedom while providing artists no discernible benefit".
Posted by Courtney Johnston at 09:00

When I first saw the "Smithsonian" posters, I became very excited at the prospect that such a large, historically stuffy institution was being so bold and interesting! Ideally the Smithsonian would've taken the risk (and reaped the reward) of allowing the posters to remain unchanged, but I do wonder if there is some kind of middle ground that allows the artist to incorporate the client without impersonating them. I just hope the Smithsonian's marketing department doesn't decide to devise some kind of safe, watered-down equivalent.