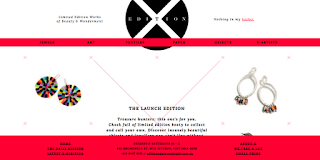 In addition to the seductiveness of the objects, I've been seduced by the little design touches on the website; feminine, not too girly, and a strong sense of the Pieces of Eight personality.

Now eg.etal, another of my favourite Melbourne haunts, as also launched an online store. 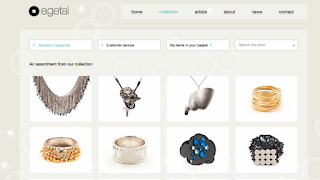 Although eg.etal's stock doesn't quite delight me as Pieces of Eight does, the site also has some really lovely, simple touches - like how the thumbnails on the homepage react as you scroll over them.

Now all I need is for Gallery Funaki to make my life complete.
Posted by Courtney Johnston at 07:30