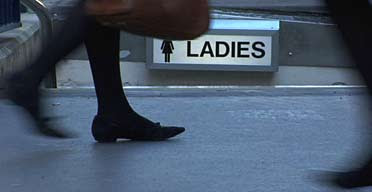 Continuing in this vein ...

My favourite quote so far, from Massimo Vignelli, the designer who used Helvetica to create the American airlines logo in 1966:

The life of a designer is a life of fight, fight against ugliness, just like a doctor fights against disease.

Helvetica screens in Wellington on 27 and 29 July , as part of the International Film Festival.

Image: still from Helvetica, directed by Gary Hustwit.
Posted by Courtney Johnston at 14:41