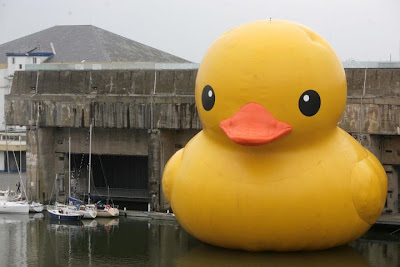 I noticed the above on the Guardian's homepage this morning. It's a work by Florentijn Hofman, and it's part of Estuaire 2007, a mostly open-air exhibition on and in the Loire at Nantes, the brainchild of local curator Jean Blaise. As Joanna Moorhead writes in the Times:

It’s big (30 exhibits), it’s brave (most of the art is out of doors) and – in parts at least – it’s bonkers (think giant plastic ducks, and life-sized half-sunken houses).

While Anish Kapoor's work in the exhibition is housed in the Musée des Beaux-Arts in Nantes, most of the commissioned works are in or near the Loire, and can be viewed from the twice daily, two and a half hour boat trip that is part of the Festival.

Florentijn Hofman (b. 1977) is a Dutch artist who works across a range of media, from open-air installations to ink on paper. His work - from a brief Google trawl - is summoning up some funny Michael Parekowhai and Rick Killeen flashbacks for me: 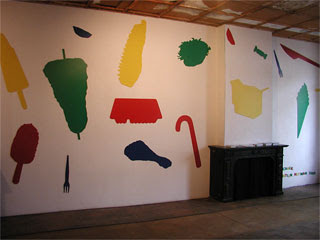 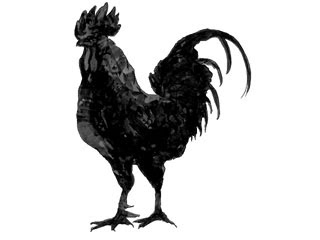 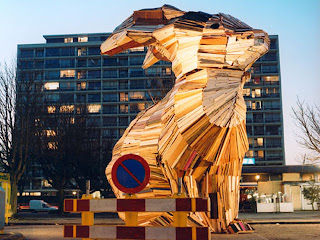 Oh - and if you're inspired - the Guardian has opened up a wisequacks thread for punny comments on the big duck....