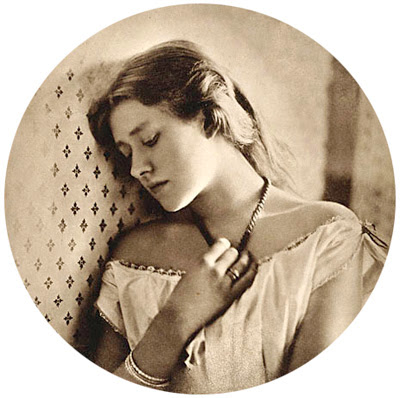 Photographer Alec Soth is currently musing about this conundrum: while our eyes are round, and camera lenses are round, photographs are generally square or rectangular. He's then done a wee trek through photographic history, digging up examples of circular photographs from the 1830s to the present (including the quite sexy Julia Margaret Cameron work from 1863, Ellen Terry at age sixteen, shown above).

This however is the image that I found really fascinating. 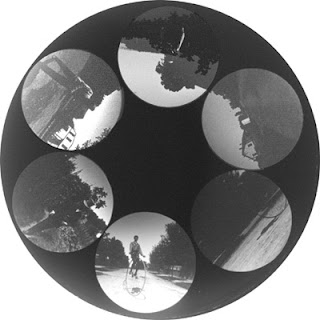 From around 1890, it was taken by a person wearing a vest camera, designed in 1885 by Robert Gray. Originally, the octagonal plate lay behind a false shirt front, with the lens protruding through where a button would have been. Another knob also poked through the fake front, allowing the wearer to rotate the plate to take six images. Gray quickly updated his design so that it could be worn under a normal waistcoat.

The vest camera never really took off, but I still think it's pretty slick.
Posted by Courtney Johnston at 14:12