This morning photographer and blogger Alec Soth reminded me of the things on offer through Matapihi (New Zealand) and PictureAustralia . These websites are run from the New Zealand and Australian national libraries, and offer a one-place search across numerous online collections.

Soth searched PictureAustralia for ‘new south wales police dept’: the results made him "why I bother with photography. It seems unfair that an anonymous police photographer can be as good as Avedon and Arbus".

I searched for 'mug shot' and found 79 images from the Historic Houses Trust, including: 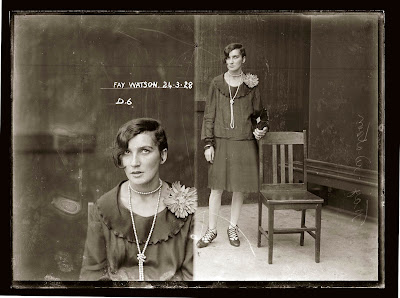 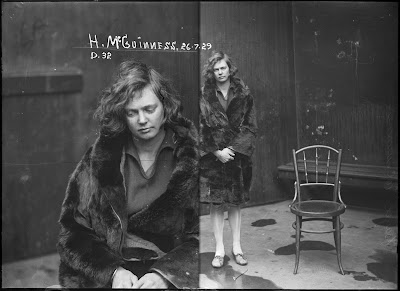 Hazel McGuiness; her and her mother's house was raided in
1929: during the raid her "mother Ada threw a hand bag
containing packets of cocaine to her daughter, shouting, 'Run Hazel!'." 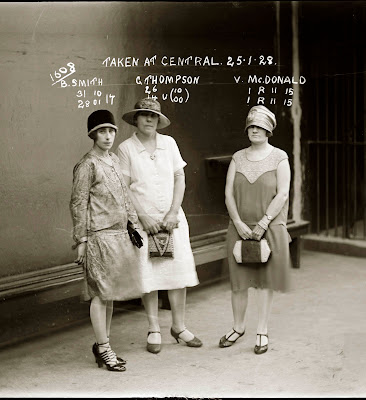 B. Smith, Gertrude Thompson and Vera McDonald, arrested in
1928 after a raid on a "notorious Sydney thieves' kitchen". 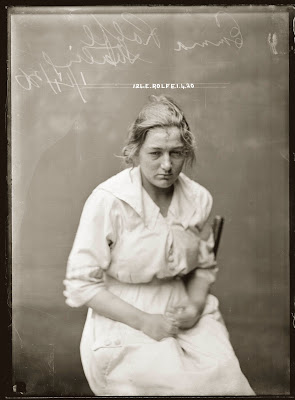 Emma Rolfe - numerous convictions for theft.
According to PictureAustralia, about 2500 of these "special photographs" were taken by New South Wales Police Department photographers between 1910 and 1930, mostly in the cells at the Sydney Central Police Station. There are plenty of pictures of men as well - but something about these photos fascinates me.
Posted by Courtney Johnston at 08:59

They are fascinating, incredible intense and uncomfortable.

There is so much to discover in these databases. I found an entry on my great grandmother's sister in the Dictionary of NZ Biography -Barber, dental assistant, entertainer, milliner http://www.dnzb.govt.nz/dnzb/default.asp?Find_Quick.asp?PersonEssay=3C27