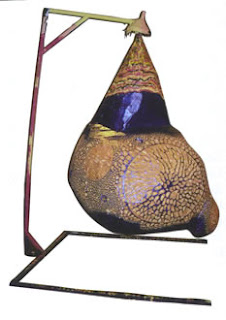 It's that time again - the finalists for the 2007 Wallace Art Award have been announced.

The awards will be presented by the Governor General on 3 September at the Aotea Centre in Auckland, with the exhibition of winners and selected finalists opening to the public the following day. The show arrives at the New Dowse in Lower Hutt on 29 October, where it will be opened by Chris Finlayson, the National party's art spokesperson.