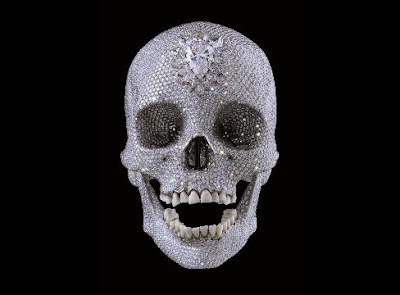 Damien Hirst's business manager Frank Dunphy has told media that the Hirst's diamond-encrusted skull has been sold to a group of investors for US$100 million in cash.

"Private dealer" Richard Polsky suggests that usually "buyers operating at the $100 million level would get a discount", but no go, says Dunphy.

Laurence Graff, London jeweler and art collector, "looked at the skull when it was on show and didn't buy it". He doubts that it was bought by "diamond people". 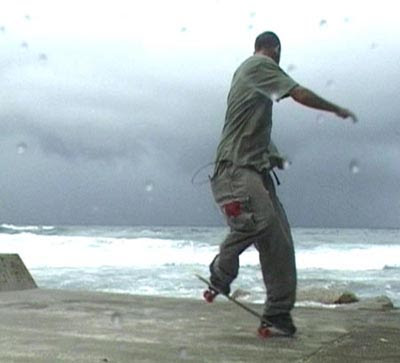 The sale of Shaun Gladwell's Storm Sequence at Sotheby's Melbourne on Tuesday night for AUS$84,000 is being reported as the first digital installation sold at auction in Australia. 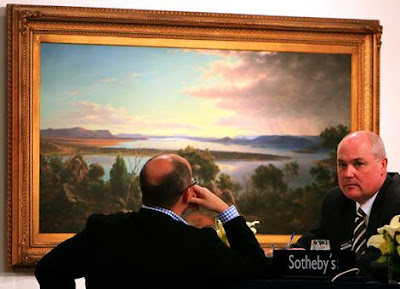 In the same sale, Eugene von Guerard's The Great Lake, Tasmania went to "property developer Max Moar and his former wife, Iris Lustig, for their corporate collection" for $1.86 million. The painting was sold by "Victoria's cash-strapped National Trust".

Tasmanian Museum and Art Gallery Bill Bleathman made a call for the work to remain in Tasmania earlier this month - the painting was showing in the Gallery at the time as part of a state-wide touring exhibition staged by the National Trust to promote the work prior to the auction.

Damian Hirst, For the Love of God, 2007. Image from the Bloomberg website.
Shaun Gladwell, Storm Sequence, 200. Image from the Sherman Gallery website.
Eugene von Guerard's The Great Lake, Tasmania 1875. Image from the Melbourne Age website
Posted by Courtney Johnston at 10:21

About the sale of "The great Lake, Tasmania': The artists name is Johann Joseph Eugen von Guerard.
Yes I know a couple of academics started this Eugene nonsense, but if the forgettable Charles Hart (Pro) can be attributed correctly I hope that Australias most important late colonial artist will eventually be dignified in the same way.