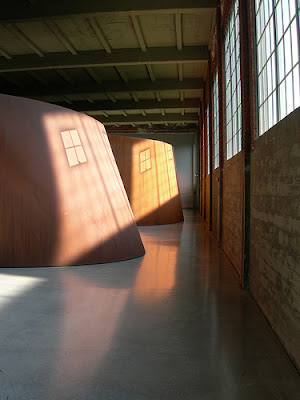 The more I read about the way American galleries and museums are funded and managed, the more I wonder whether New Zealand might be blessed with its municipally-funded public art galleries and centrally-funded contemporary art spaces.

While of course there have been times where the art community has felt that council involvement has negatively affected art gallery operations (Michael Laws and the Sarjeant, the gone-very-quiet Paradigm shift, what's-its-name in the Waikato) you've got to wonder sometimes what the alternatives are. If you're not going to have your gallery funded by ratepayers, and overseen by officials elected by those ratepayers, or funded by taxpayers, and overseen by government, what are you left with?

In this context, Joe Nocera's 8-page interview in the New York Times with ex-Dia director Michael Govan and ex-Dia board chairman Leonard Riggio over the creation of Dia:Beacon and the subsequent unravelling of their relationship makes fascinating reading.

Image: by Dave Kemp, via Flickr.
Posted by Courtney Johnston at 10:10