A warrior with his camera

Shackleton's ship, the Endurance, was destroyed by pack ice: the expedition camped on a giant ice-floe for 5 months. In April 1916 the crew was able to launch the ship’s rescue boats and sail to Elephant Island. From there, Shackleton and five crew members sailed 1,300km in a small boat to reach South Georgia, and then trekked across the island to a whaling station to find help. 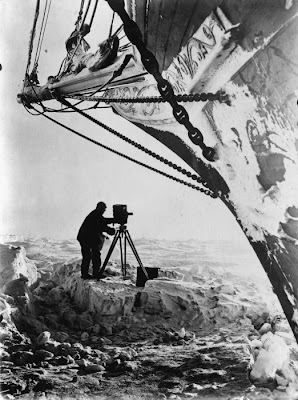 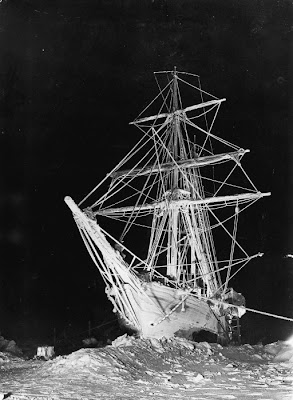 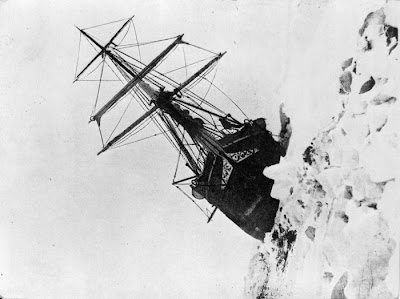 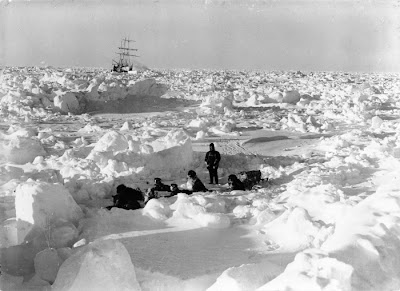 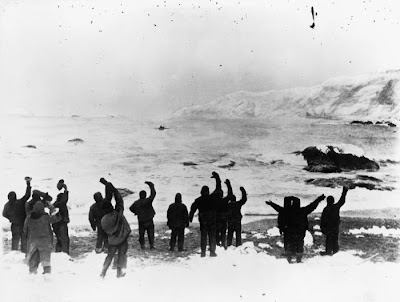 Images from the Alexander Turnbull Library collections: available via the Timeframes website by searching on 'Endurance'.
Posted by Courtney Johnston at 09:49