Put that art history degree to good use 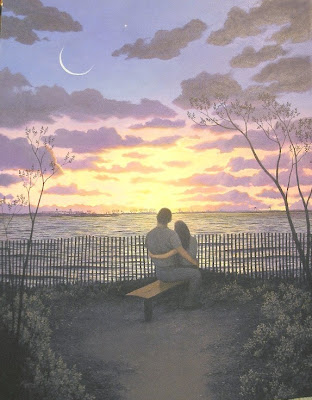 As reported in the Guardian, historical paintings of sunsets are being analysed in the hopes of providing information about climate change:

The team, at the National Observatory of Athens, is using the works of old masters to work out the amount of natural pollution spewed into the skies by eruptions such as Mount Krakatoa in 1883. ...

The team found 181 artists who had painted sunsets between 1500 and 1900. The 554 pictures included works by Rubens, Rembrandt, Gainsborough and Hogarth. They used a computer to work out the relative amounts of red and green in each picture, along the horizon. Sunlight scattered by airborne particles appears more red than green, so the reddest sunsets indicate the dirtiest skies. The researchers found most pictures with the highest red/green ratios were painted in the three years following a documented eruption. There were 54 of these "volcanic sunset" pictures.

Prof Zerefos's team is now talking to the Tate in London about repeating the study with 40 paintings from the 20th century, to see whether artists have captured the effects of pollution on sunsets since the industrial revolution.

Want to prep yourself for taking part in the follow-up follow up study? Try David Adam's online sunset painting course.